U.S. Representative Susie Lee (D-NV) told The Century Foundation’s Danny Weiss how predatory for-profit colleges have affected her home district and state of Nevada, what Congress can do to ensure students have the tools they need to succeed, and the possibilities for a system in which students are not weighed down by debt.

Headline Makers of The Century

Select from the list below to watch the interviews with the Headline Makers of The Century.

Read a full transcript of the conversation with Representative Lee below.

Representative Susie Lee: My small bit of advice is whatever policy you’re focusing on, get out from behind the desk, get into the neighborhoods, get into schools, and experience it firsthand.

Danny Weiss, The Century Foundation: Why are you paying so much attention to predatory for-profit schools?

Lee: Taking on the predatory for-profit schools is a key priority for me, primarily because Nevada’s sort of ground zero. In the past ten years we’ve had 30 for-profit schools go under, and what it does is leave students with an incredible amount of uncertainty, but then also the financial burden. And by the way, they tend to prey on students of color and low-income students. So, you know, these are students that took out loans, took a break from their jobs, perhaps, and now are faced with this incredible interruption in their plans.

Weiss: Does profit belong in education?

Lee: I think the DNA of for-profit colleges and education don’t mix well. When you look at, by nature, a for-profit institution or a business is driven to increase profits, and that means increasing their student count and they’re basically selling hours. Whereas education, the outcome that you’re measuring is a quality education. You’re investing in human capital, you’re investing in that person being able to use those skills that they learn, to turn that into a better paying job. We know—there’s been studies that have been done—that show that for-profit schools a student may be better off not going to any higher ed, than going to a for-profit school.

“I think the DNA of for-profit colleges and education don’t mix well.”

Lee: First of all, students are going to go into higher ed ready to perform and not have to do remediation they’re going to be able to be set up to get whatever degree on time and not come out saddled with debt and come out with quality degrees that are going to get them the jobs of the future.

Weiss: What’s your headline of the future, Congresswoman Lee?

Lee: My headline of the future is: The U.S. High School Dropout Rate Plummets 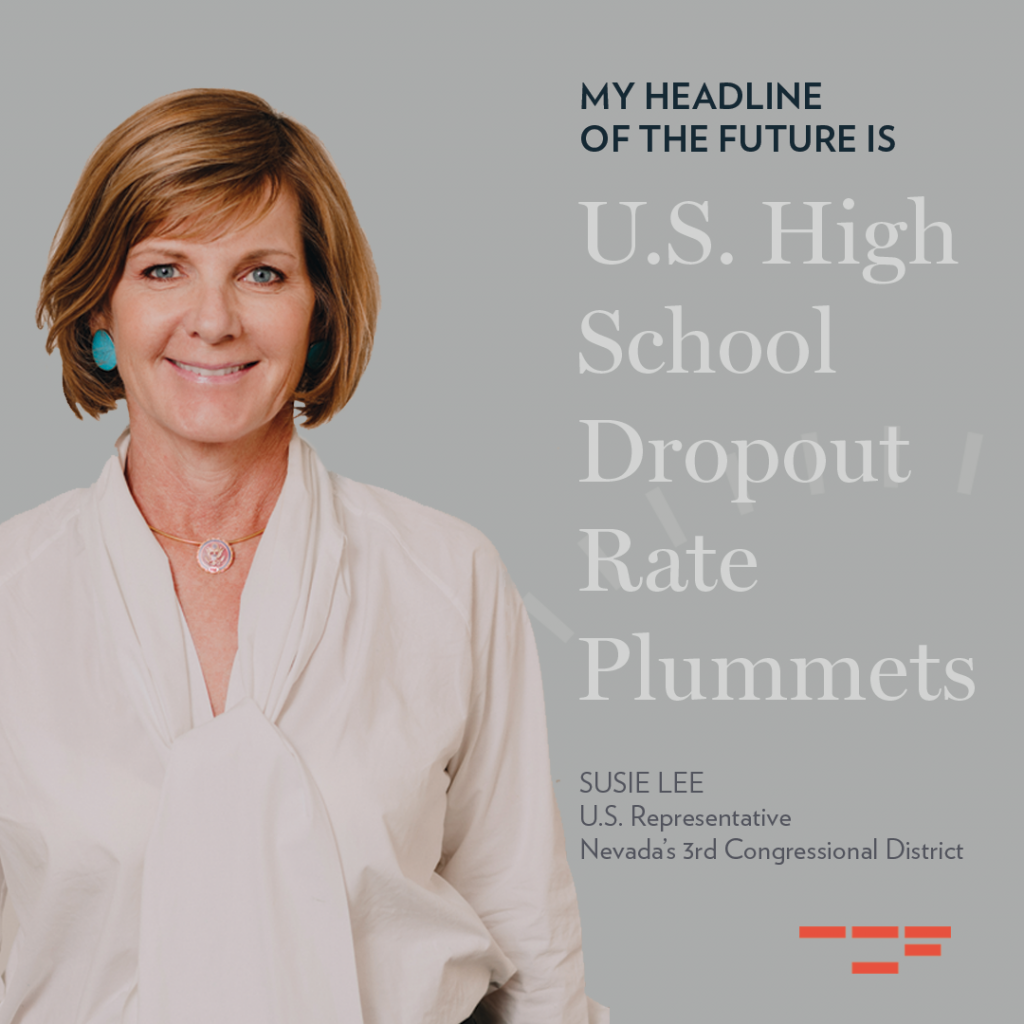