Representative Ayanna Pressley (D-MA), a member of the freshman class of Congress, sat down with The Century Foundation’s Danny Weiss to discuss the importance of diversity in the United States Congress, black maternal mortality rates and the Healthy MOMMIES Act, and her long-term goals as an activist and legislator.

Read a full transcript of the conversation with Representative Pressley below.

Representative Ayanna Pressley: When you have a diversity of perspective, opinion, and thought around the table, it means different questions are asked. and that shakes the table.

Danny Weiss, The Century Foundation: What’s it like to be a part of this historic class in Congress?

Pressley: What does it feel like to be a part of this historic class in Congress? I feel the gravity of the times that we find ourselves in. This is a time of great challenge for our country but I think it also presents a great opportunity. So the fact that we have an unprecedented number of women serving, the most representative class in the history of Congress, I think this will mean unprecedented organizing, unprecedented mobilizing in the face of resistance to—what it seems are sometimes by the hour—draconian, oppressive, life-threatening, family-separating policies being rolled out every day. But also unprecedented legislating and that’s really why I came here, is to legislate.

“When you have a diversity of perspective, opinion, and thought around the table, it means different questions are asked—and that shakes the table.”

Weiss: How can we reduce rates of maternal mortality among black women?

Pressley: What am I trying to do specific to maternal mortality rates? First let me just say that, we know the best policies are data-informed, but I do believe that the best policies are advanced by leaning in and lifting up those who have been most personally impacted. This happens to be an issue that I know something about intimately: my paternal grandmother I never had the blessing and the privilege of meeting. My grandma Carrie died in the 1950s giving birth to my father’s youngest brother, my uncle Jerome, and it sent their family into a tailspin and it took generations of which to recover and to dig out from that.

Pressley: Senator Booker is my Senate partner in the Healthy MOMMIES Act, which will extend Medicaid coverage up to one year because that’s when we find you can have complications, up until a year.

Weiss: What’s your advice to those struggling in this political moment?

Pressley: To inform joy in your life and in the world, because that is also an act of resistance. When it seems that we are drinking from a firehose of insult and assault to our civil liberties, to our senses, when our very autonomy over our body is at stake, to not allow the world, and certainly not this government, to rob you of your joy.

Weiss: What’s your headline of the future, Congresswoman Pressley?

Pressley: My headline for the future: Wealth and Wage Gap Closed, because then justice will truly be realized. 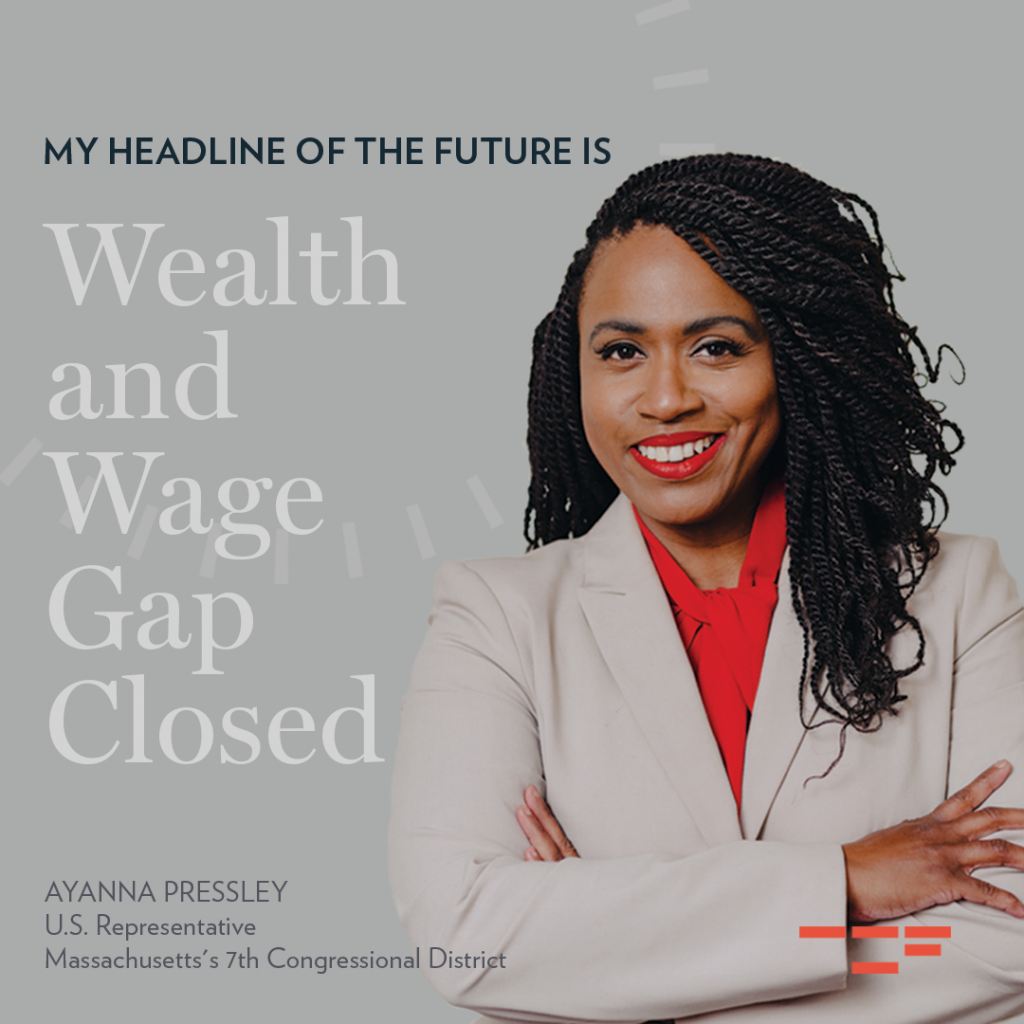