House Representative Joe Morelle (D-NY) sat down with The Century Foundation’s Danny Weiss to discuss the challenges that his home district of Rochester, New York, and the broader U.S. economy face in the transition toward a “knowledge economy.” Representative Morelle hopes to create training opportunities for workers to ensure they have access to the skills necessary for growing, knowledge-based industries and opportunities.

Read a full transcript of the conversation with Representative Morelle below.

Representative Joe Morelle: Having people come from different points of view and different life experiences is really important because it just gets you to be more thoughtful about the world around you and hopefully gets you to be more creative when it comes to dealing with solutions to these, in some cases, very, very difficult problems.

Danny Weiss, The Century Foundation: What are some of the economic challenges in your region?

Morelle: Transitioning now from manufacturing to a knowledge-based economy has posed real challenges for our region and I think we’re just now starting to get the point where we feel like there’s a future for us in this knowledge economy. But it has been a difficult transition.

Weiss: What are your priorities for the years ahead?

Morelle: Interestingly, as you look at what our birth rate is, in our workforce, in several years—and not too many—but in the next decade, we’re going to have some real challenges about workforce, so we’re going to have to make sure that people who have been disenfranchised from this economy, now have opportunity. So that means really updating the way we deal with workforce, it’ll deal with immigration issues—and we must deal with them—and give a path to citizenship to people. The other thing that I’m doing as a part of this, and it’s been something I’m working on in Rochester for the last five or six years, has been really addressing poverty in Rochester. Although we had these great industries, we have some of the most concentrated poverty, particularly among children of color in Rochester, of any place in the country. So I’ve been working to really integrate the way we deliver education, health, and social services, and part of that is to get people into the workforce and get workforce training very early on in places, and in industries like optics, in the construction industry, in manufacturing, advanced manufacturing, food processing. So those are some of the areas that we’re focused on.

“We’re gonna have to make sure that people who’ve been disenfranchised from this economy now have opportunities.”

Weiss: How important is education in all of this?

Morelle: What you know is now more closely correlated to how you will do economically and how you perform as a citizen than at any other time in human history. So I really believe what you know, how you know, your knowledge base, is going to be critical to your success and the only way that works is if we give economic opportunities to everyone and educational opportunities that go hand in hand with it.

Weiss: What’s your headline of the future, Congressman Morelle?

Morelle: My headline of the future is: Rochester’s Economy is Booming Once Again 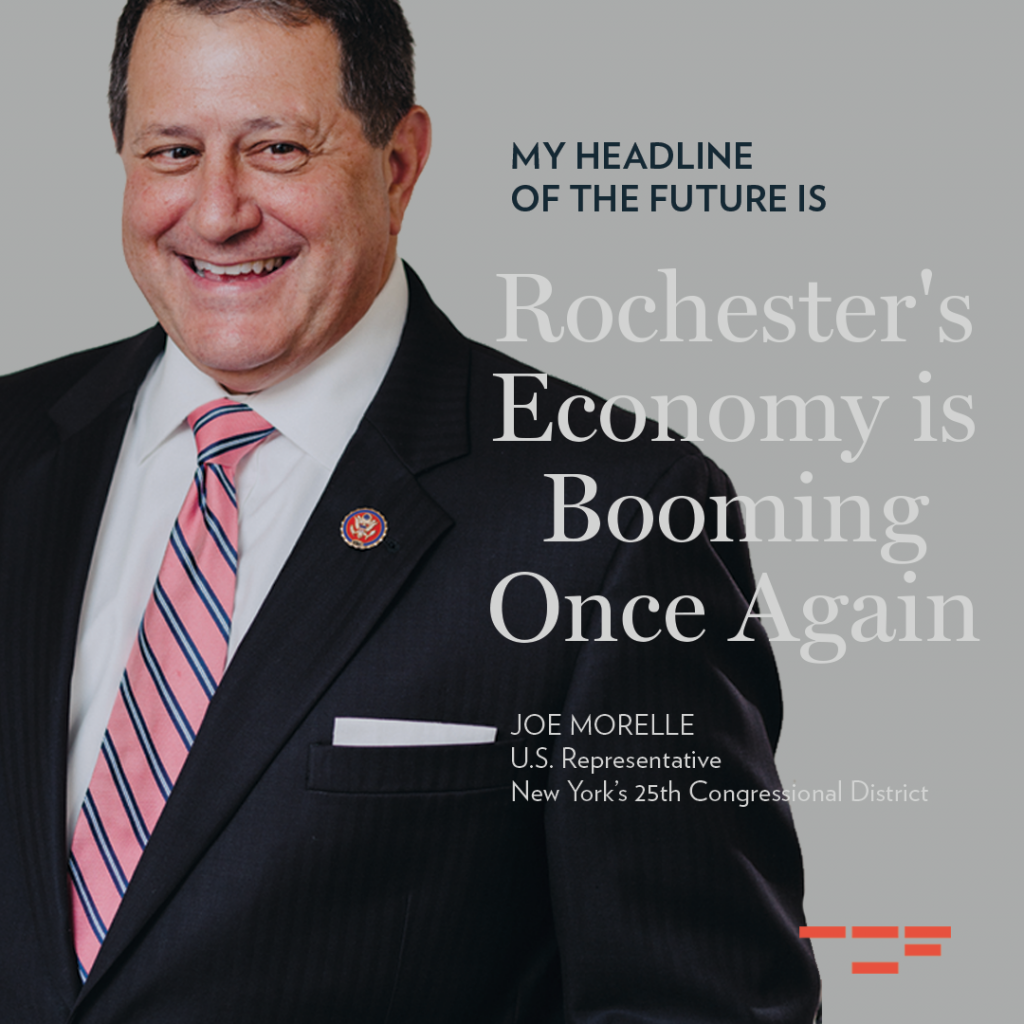