The Century Foundation’s Danny Weiss talked with House Representative Katie Hill (D-CA) about how to engage the millennial generation in politics, and the issues that are the most important to young people in the United States.  She believes in bolstering the voices of young voters and policymakers, who will be at the forefront of making policy in the years to come.

Read a full transcript of the conversation with Representative Hill below.

Representative Katie Hill: If you speak to young people, if you talk about the issues that they care about, if you actually go to them and say that we care about your vote, and don’t just write them off because you don’t believe that they’re going to vote, then they will turn out for you. And that matters.

Danny Weiss, The Century Foundation: What’s motivating millennials like you to get more involved in policy and politics?

Hill: Our generation is the one that says, we may not have made this mess, but we are the ones who are going to clean it up because we have to. We don’t have a choice. We’re the ones who are saddled with massive student loan debt, we’re the ones who think about how are we possibly going to buy a house and achieve the American dream when we have that debt, when we can’t get a good-paying job right out of college, and we’re also the ones that don’t know how we’re going to pay for child care, we don’t know how we’re going to pay for health care, and let alone even if there’s going to be a planet for us in a few decades, and certainly we don’t know if there’s going to be one for our children.

“Our generation is the one that says, ‘We may have not made this mess, but we are the ones who are gonna clean it up,’ because we have to. We don’t have a choice.”

Weiss: What will it take for real change to take place in Congress?

Weiss: What gives you hope?

Hill: What gives me hope for the future is that I believe that young people are the ones with the ideas that are going to make it possible for us to attain the things that are needed for our society to thrive.

Weiss: What’s your headline of the future, Congresswoman Hill?

Hill: My headline of the future is: Millennials and Gen Z Make Up the Majority of Voters, Changing the Power Dynamics Forever 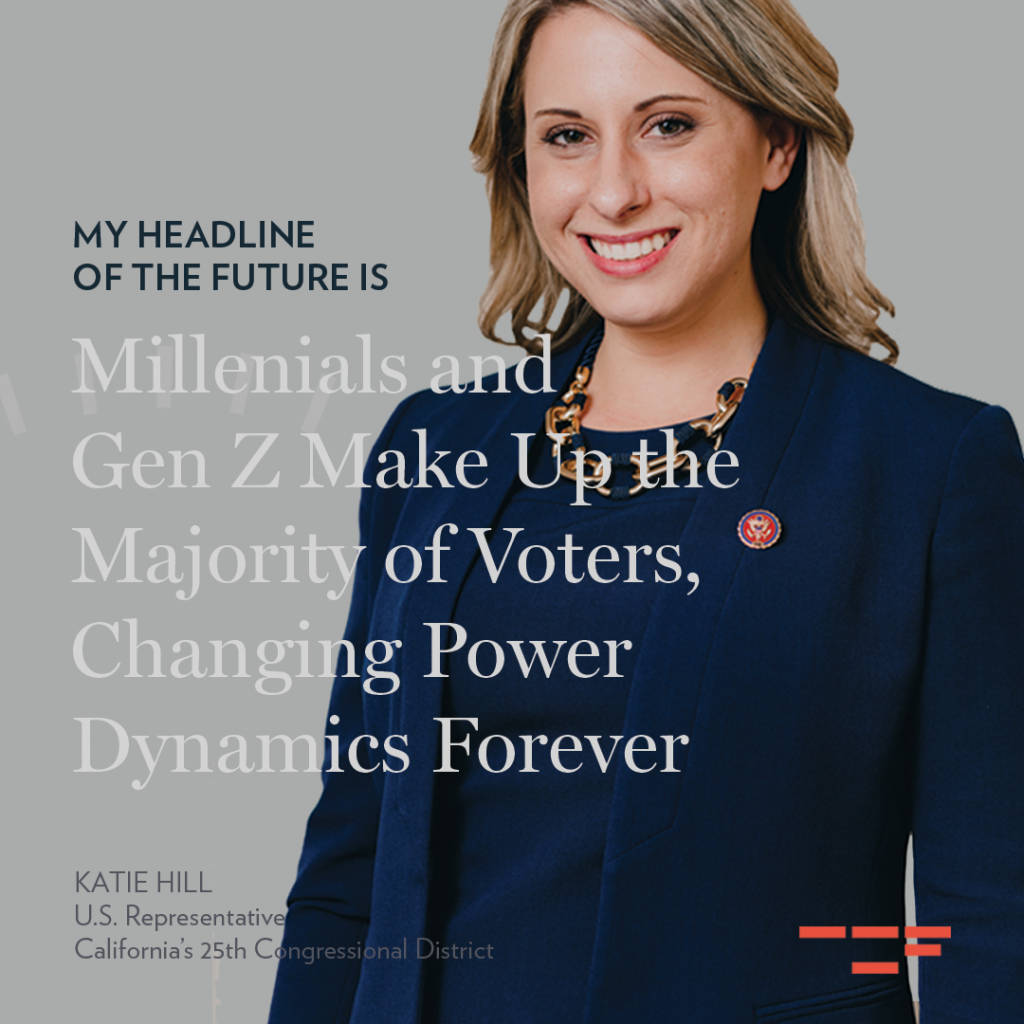