Representative Andy Levin (D-MI) sat down with The Century Foundation’s Danny Weiss to discuss his goals for labor policy as a part of the 116th United States Congress. He supports labor policy that includes and protects workers outside of traditional unions, and made clear that young people are a key part of a successful movement to pursue equality and fairness for all workers.

Read a full transcript of the conversation with Representative Levin below.

Representative Andy Levin: If we’re successful in Congress, working in America is going to mean you are not in poverty.

Danny Weiss, The Century Foundation: How can we strengthen protections for workers?

Levin: It’s time to rethink America’s labor laws from scratch. I’m ready to blow the whole thing up and start over and when we do, we need everybody at the table. We need the people who are represented by worker centers, not just the traditional unions. We need returning citizens, people who have been incarcerated. We need people who are unemployed, and looking for a new job, and need job training. We need everybody at the table. All America, in all of our beautiful diversity, there to rebuild a new form of organization so workers can get the American Dream in this country.

“It’s time to rethink America’s labor laws from scratch. I’m ready to blow the whole thing up and start over, and when we do, we need everybody at the table.

Weiss: Is there room for young people in the labor movement?

Levin: It’s really young people who created the labor movement in Lawrence, Massachusetts. When young immigrants, people of color, people who spoke every other language but English as their first language, came together to strike and demand in their shoe factories and so forth, their clothing factories, that they could have an eight-hour day instead of an endless day, a six-day week instead of working seven days a week. This was a hundred years ago. It’s time for that to happen again.

Weiss: What’s it like being a part of this freshman class in Congress?

Levin: It’s just been so refreshing to be with a group of people who ask everything about how Congress operates, about why we can’t move faster to solve our problems. I mean, just take climate change. I think this class is making a huge difference. We cannot have incremental progress. We cannot sit around and wait. We cannot allow the many jurisdictional complexities of the various committees to slow us down. We need to move immediately towards massive change to save our planet and I feel like this class is going to just drive that change.

Weiss: What’s your headline of the future, Congressman Levin?

Levin: My headline of the future is: One-third of Workers in the United States are Union Members 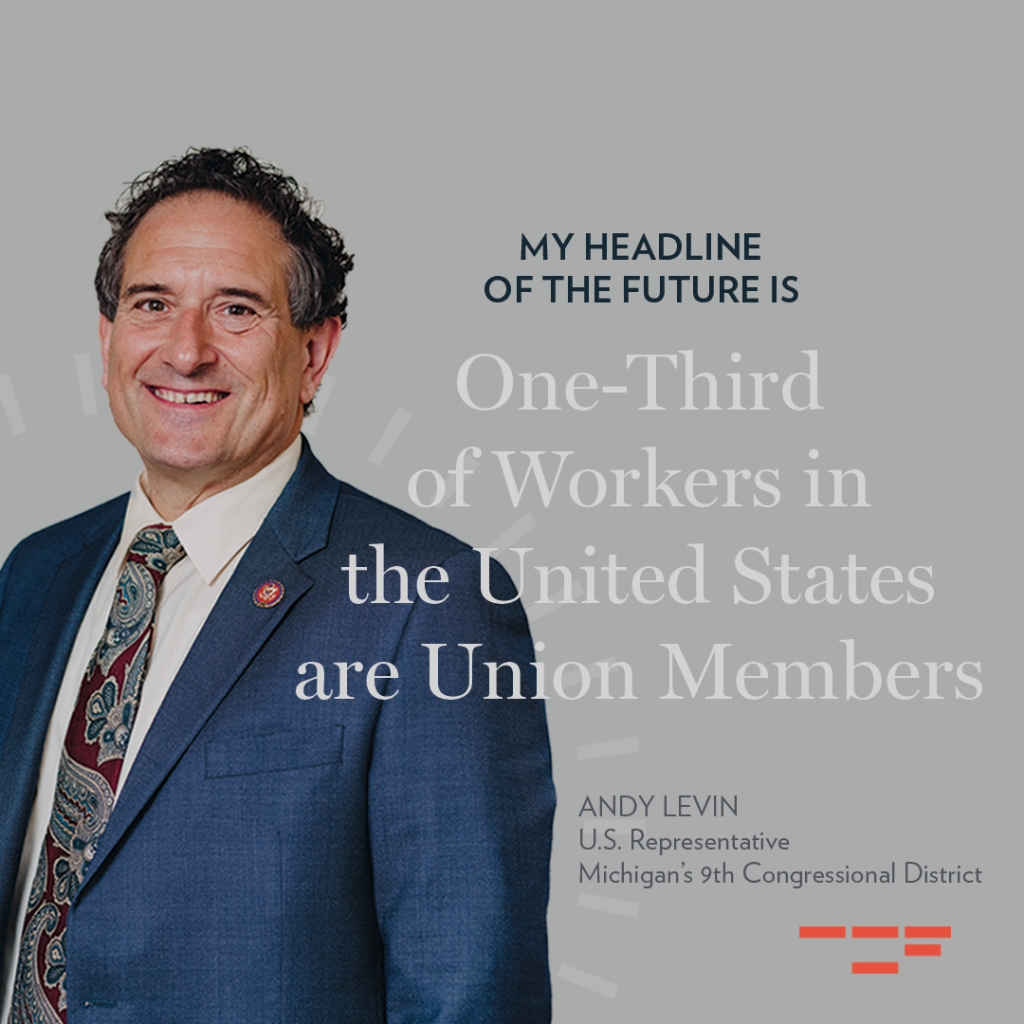