Tomorrow, the Supreme Court will hear oral arguments in Dobbs v. Jackson Women’s Health Organization, a case determining the constitutionality of Mississippi’s ban on abortion care after fifteen weeks of pregnancy. The law is plainly unconstitutional under the standard of Roe v. Wade, in that that it restricts abortion access before viability. The State of Mississippi has gone so far as to ask the court to overturn Roe entirely.

With the conservative makeup of this Court, we may see the fall of Roe and its precedent of nearly half a century of legal abortion access. Here are five crucial things to know about the possible consequences for abortion access.

1. If Roe is overturned, abortion will likely be banned in twenty-six states.

The case of SB8, Texas’s six-week ban on abortion care, has demonstrated what these extreme limitations on abortion access will look like. Texan patients seeking abortion already must travel far out-of-state for their care; patients—those who have the means and ability to begin with—will only have to travel longer distances if Roe is effectively overturned in Dobbs.

2. Even with Roe in place, abortion access is not a reality for many. Laws restricting abortion access disproportionately affect people of color and those struggling to make ends meet. Here is Dr. Jamila Taylor on the issue, from her testimony on the Women’s Health Protection Act, which would create a statutory right to abortion:

These laws have the greatest effect on groups that already have less access to health care, including Black women and other people of color. Systemic racism, a history of reproductive oppression, and present-day discrimination in health care have made it so that women and pregnant people of color are less likely to be insured and to be able to access necessary preventive care (including contraception), and more likely to suffer worse health outcomes. For these reasons, Black women are overrepresented among abortion patients in the United States and bear the brunt of these restrictive laws.

These disparate effects of abortion restrictions highlight the importance of framing WHPA within the context of reproductive justice: the “human right to maintain personal bodily autonomy, have children, not have children, and parent the children we have in safe and sustainable communities.”

3. Abortion is health care—but its effects reach beyond health impacts. Reproductive justice is necessary for economic justice, as it allows individuals to make decisions about whether, when, and how to have children, and to be able to parent those children safely. The legalization of abortion in the United States demonstrated some of its economic impacts: abortion access provided women with a number of economic benefits, including greater educational attainment and workforce participation. 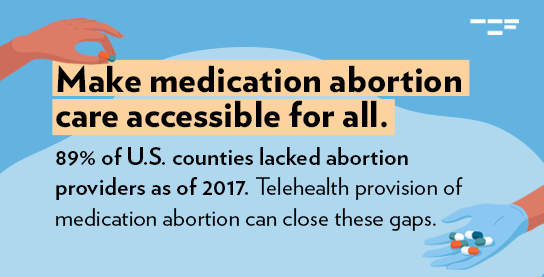 4. It is crucial that access to in-person abortion care is a reality across the country—but there are other, equally essential means of abortion access that also require support. Dobbs v. JHWO underscores the importance of expanding access to medication abortion care, which can be safely and effectively administered via telehealth.

5. In addition to gestational limits, abortion access is inaccessible for far too many individuals because of cost. The many laws and budget riders that limit insurance coverage of abortion must be eliminated, and the EACH Act must be passed. The EACH Act would do away with the discriminatory abortion coverage policies that disproportionately impact people of color and those struggling to make ends meet. Abortion is health care, and should be covered as such. 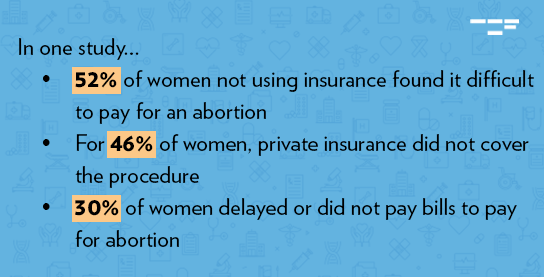 Since 1973, Roe v. Wade has protected the right to abortion–even if it has not been enough on its own to make abortion access a reality for all. If the Court fails to uphold this precedent, the disparities in abortion access will become much more dramatic, and will threaten to eliminate access entirely in twenty-six states. We cannot wait for the Supreme Court’s ruling to act—we must pass EACH and WHPA now, and secure access to in-person and telehealth abortion care.

Anna Bernstein is a health care policy fellow at The Century Foundation, where she works on issues related to maternal and reproductive health.

Jamila Taylor was the director of health care reform and a senior fellow at The Century Foundation, where she leads TCF’s work to achieve universal, affordable health care coverage and advance women’s health, reproductive rights, and racial and gender justice.